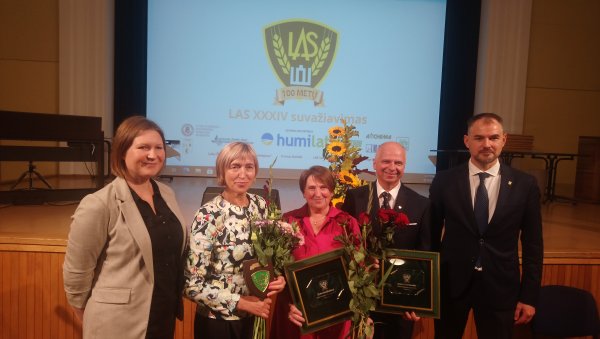 The Congress of the Lithuanian Union of Agronomists (LUA) was held on 16 September 2021. Traditionally, the best agronomists of the country were awarded at the congress. The titles of Lithuanian Agronomists of Merit were awarded to Dr. Žydrė Kadžiulienė, Dr. Audrius Sasnauskas and Dr. Virginijus Feiza, scientists of the Lithuanian Research Centre for Agriculture and Forestry, and the title of Honorary Member of the LUA was conferred on Dr. Irena Deveikytė.